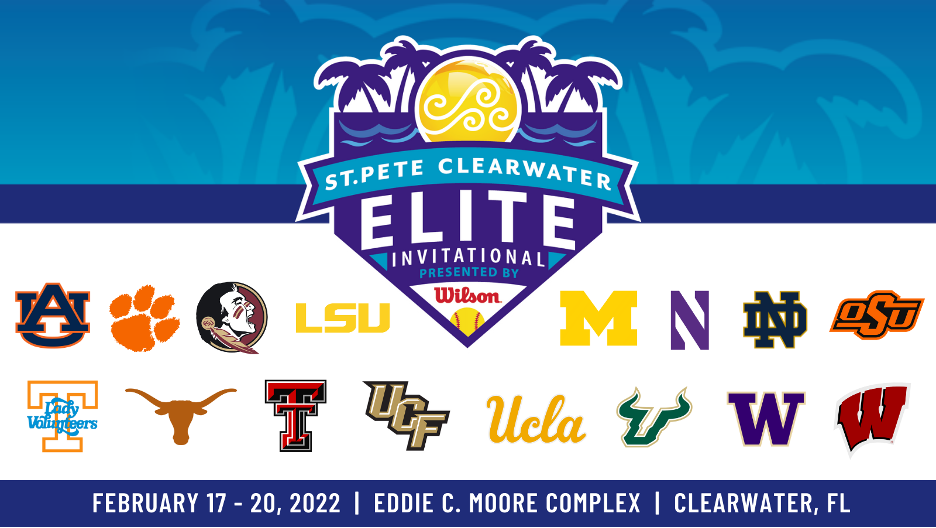 Commentator teams for the tournament are as follows:

Field 9: Play-by-play commentator Mark Neely will join Danielle Lawrie, fresh off her bronze medal win at the Tokyo Olympics. Lawrie was also a three-time All-American and NCAA Champion (2009) at Washington.

Tickets to watch games at Fields 1 and 3, as well as a separate hospitality upgrade experience for all ticketed attendees, will be available for purchase on-site at the Eddie C. Moore Complex.

The TaxAct Clearwater Invitational Presented by EvoShield, ESPN Events’ owned and operated college softball tournament, returns to the Eddie C. Moore Complex in Clearwater, Fla. for its fourth year, February 16-19. The one-of-a-kind tournament will feature 16 teams – 12 in the named in the pre-season top 25 – in 40 games over four days. […]

Full Schedule Ticket Information Network designations to be revealed at a later date.

ESPN Events’ owned-and-operated annual softball tournament will now be known as the TaxAct Clearwater Invitational Presented by EvoShield. The 2023 event (Feb. 16-19) will mark the fourth year of the tournament, held at the Eddie C. Moore Complex in Clearwater, Fla. The 16-team field for the 2023 TaxAct Clearwater Elite Invitational Presented by EvoShield features […]